(Read this!) Free Tokens for first 25 players! NIKHILGAVEL • about 1 month ago

Free & Arc Jakebaa • about 1 month ago 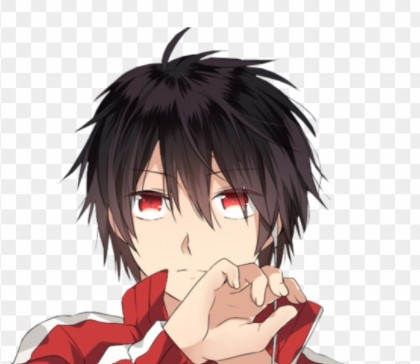 toughminecrafter
he is a good owner (admin?)
7 months ago

Report on FreeRacing and ArcaneLord helper abuse
Thanks the staff are discussing this problem. But you did keep posting about gas chambers after being asked not to? It'll be better to discuss this on the Discord.
about 1 month ago

Apply for Staff
From time to time we look for new helpers, moderators and even admins for the server. Interested in applying? Read here!   We are looking for players for the Helper staff position.What is Helper? Helps and welcomes new players to the server Steps in to solve arguments and problems Watches out for hackers, bugs and general rule breaking   What does a Helper need to be? Fair and only acts within the server rules Helpful and approachable to players, not trolling or insulting them Intelligent enough not to be tricked by players   What can a Helper do? Will have the [Helper] staff rank on all server sand Discord Private Staff channel on Discord to report incidents Access to the game chats on Discord /warn /vanish, /invsee, /co inspect, /fly and other commands Warn players using profanity, spamming, avoiding the swear filter and other rule violations * Helpers cannot ban or mute, those are now moderator permissions *   Only apply for helper if you are interested in helping the community. The rank is NOT as good as Zeus, the rank is similar to Prophet. If you are successfully made a helper you will lose your current rank     How to apply for Helper? 1. Fill out this form and DM to Praticia789 on Discord   2. The staff will consider if you can apply for helper currently. (If you don't pass this step it doesn't mean you are not a good player or can not be staff at a future date. All the staff must agree for you to move to step 3.)   3. The form you filled will be posted on Discord as a poll. All players can vote if they think you would make a good staff member. (This doesn't decide if you will be hired, but gives us a good understanding if the community supports you as a helper or not.)   4. The admins will make the final decision. If unsuccessful you may apply at a future date. Common reasons not to be accepted You have not helped or welcomed players You regularly argue with players or break the server rules We have too many applications You are too new to the server You are not active enough on the server The staff were not in 100% agreement that you would be a good Helper The community don't think you would be a good helper There are suspicions about you using hacked clients or other rule breaking on the server   To apply DM this form to Praticia789 on Discord (Remember what you write here may be shown to everyone in the Discord so don't include personal information you don't want to share!)(We ask for age and country so we can know if you are suitable for staff. If you don't want to share this with players put a X at the end and we will not share it) In game name: Age and country: How long have you played on the server?What gamemode do you mostly play?Why should you be a helper?
2 months ago
Replies
Replies