Just wanted to say, Free you're doing an awesome job, even combined with exams and all. I know you as a professional moderator and you are the one who always aims to handle it in a correct and right matter.

There will always be haters lol. Ignore them and please continue the love you put into this server! 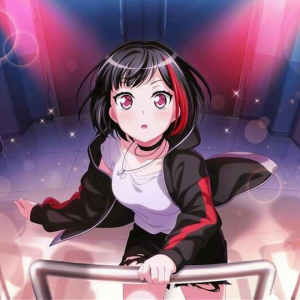 First of all, Free is an excellent Mod and there is no proof he has something against Zli doing his Mod duties based on having something against other players. Free does not give an advantage to other players whenever he likes them. The proof is here in this chat by the player RubbyOriginal. He stated that he has been punished by Free more then once and still can say that Free likes him.

Free also NEVER said that he NEEDED an admin rank. He just pointed out that it is one of his goals on this server. I think it is nice to have goals in live and there is nothing wrong with that. Saying you have a goal is positive and absolutely doesn't mean he is acting like the server is his.

And in case of Dev's punishment. I think it is NOT APPROPRIATE of Zli to point this out as an example for trying to proof you're self right. Zli was the one that pointed out to staff that Dev did something wrong and that he should be punnished. So for me, Zli was the one that reported Dev... and later on in chat was Zli acting like he was on Dev his side. Tell me how is it possible then that Free is a bully to Dev, if Zli is the one that reported Dev to staff? This proofs that Zli's words are a far twisted version of the truth. Calling Free a bully in this case could even be considerd as a trap for asking somebody to do his mod duties and if he does, Zli tries to use this for reporting him.

New Players should feel offended if they are getting a question like "are you sick?" in the first five minutes they've joined the server. I know i would if i joined a server. If you're opinion on new players is that "They just beg for free stuff" and sending a /msg is not done, in my book that falls under the catogory TOXIC TO NEW PLAYER. A simple "no" or "You can go mine/dig" or even "ignore the player" would be a more appropritate way to handle with this, if it's bothering you. But saying "are you sick?" is no way to treat a person, and defenitly not a new person that is just joined.

All the comments that have been placed on this post as a reaction on Zli's post about Free are ALL in favor of Free. Nobody here seems to agree with the things that Zli is saying. But the most important part is the PROOF of Zli's behaviour when people have another oppinion about Free. You can read the following reactions from Zli: "Make new post, this doesn't belong here" - "This is spam" - "You don't play enough on this server to say something".

Free is in his full right to put a punishment on this person! FREE IS BEST MOD EVER this hurts me to do but it has to be done :(

firstly, heres the proof that free was indeed going for zli:
https://prnt.sc/21lgmhw


this all just proves the manipulation and lying

btw it doesnt hurt me i was waffling